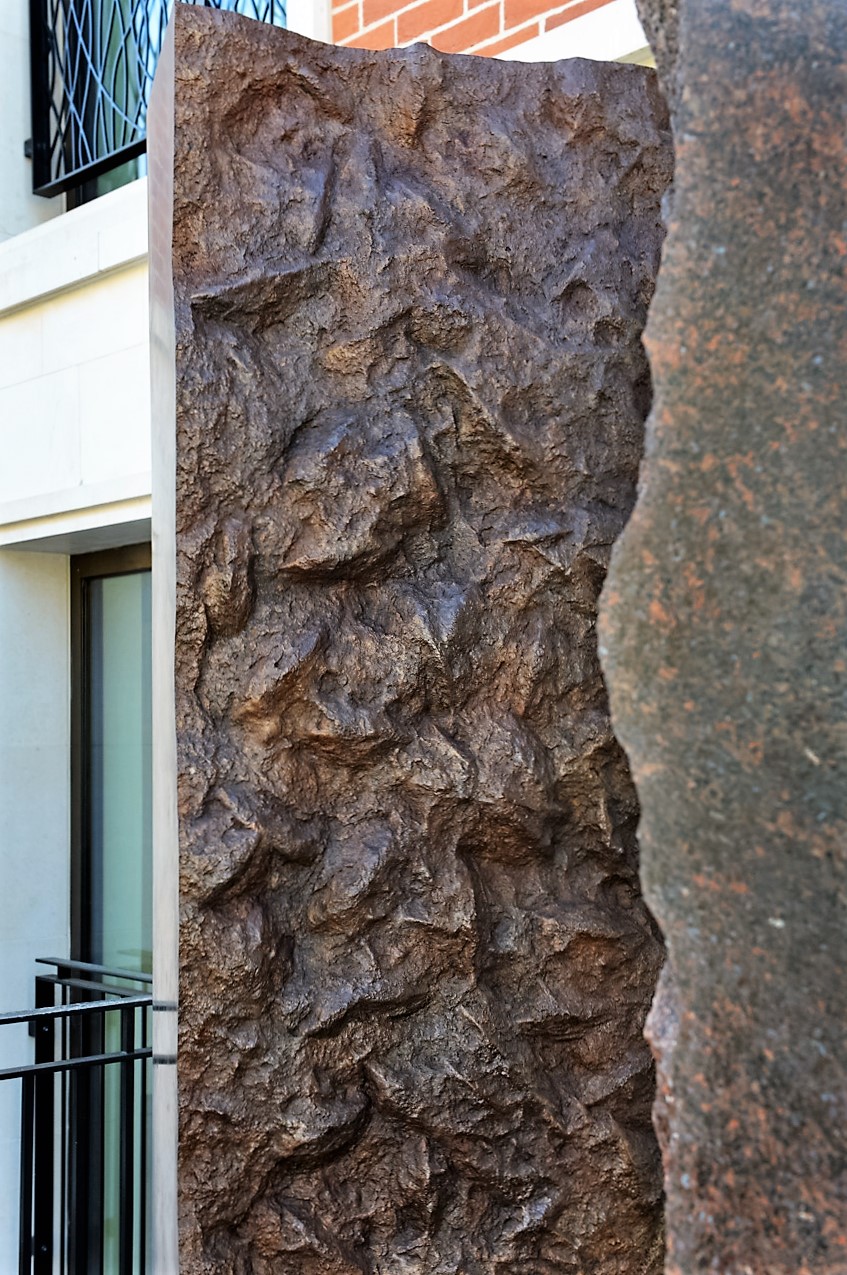 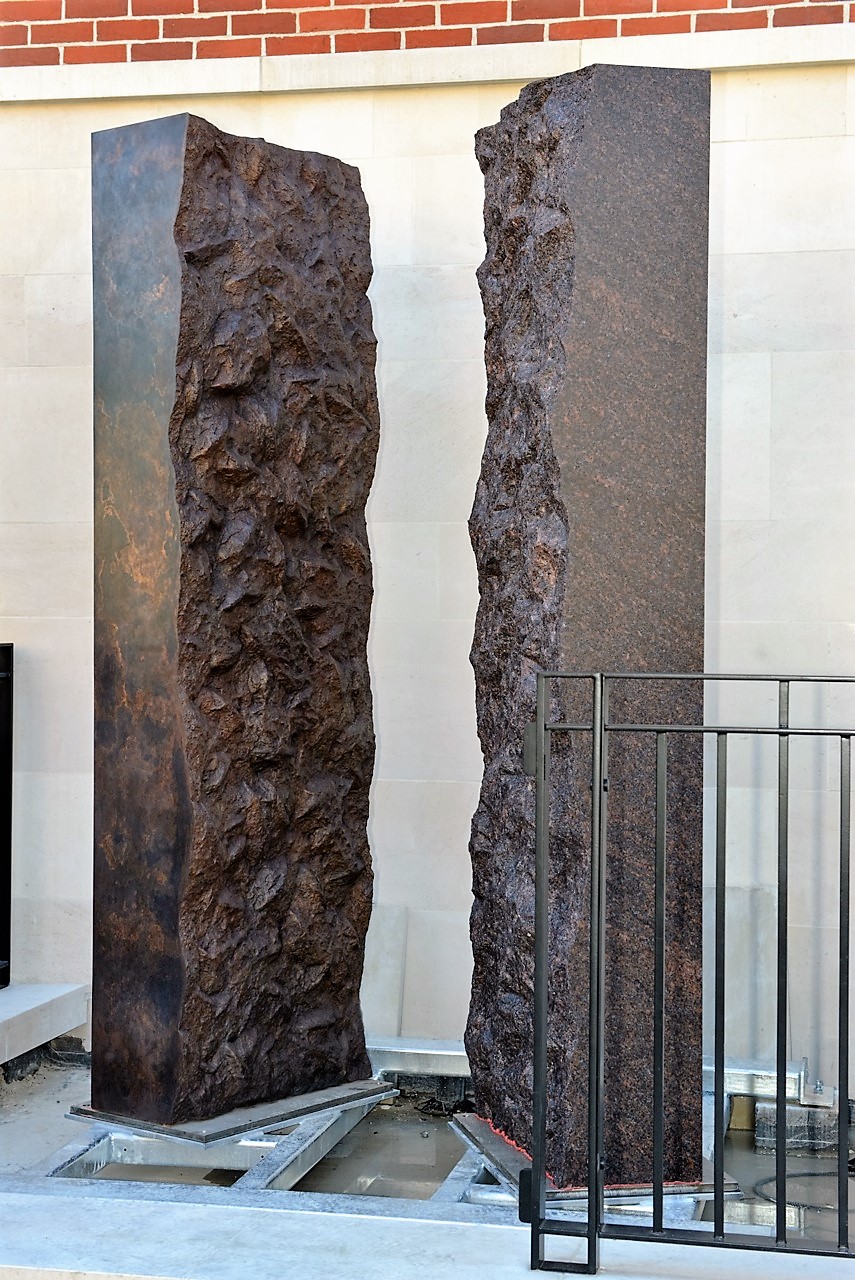 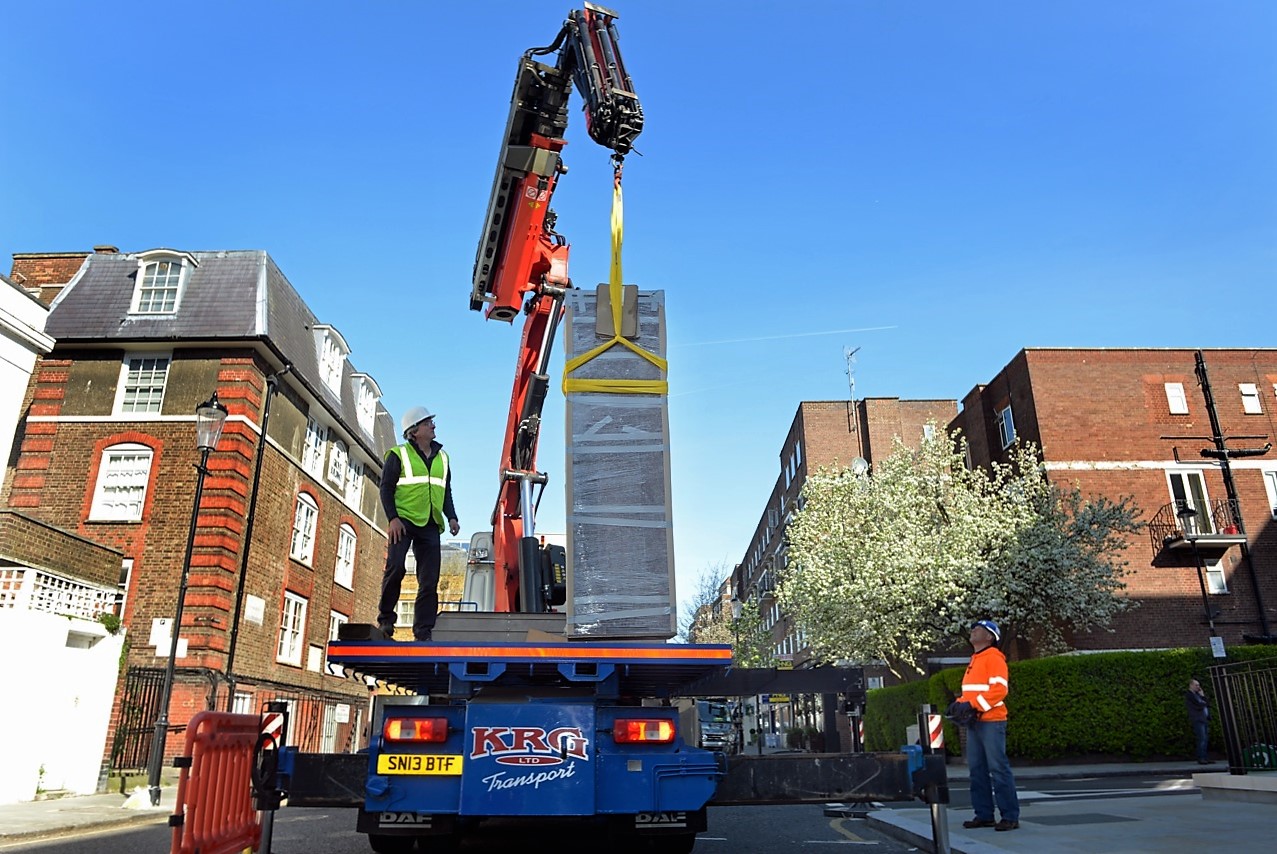 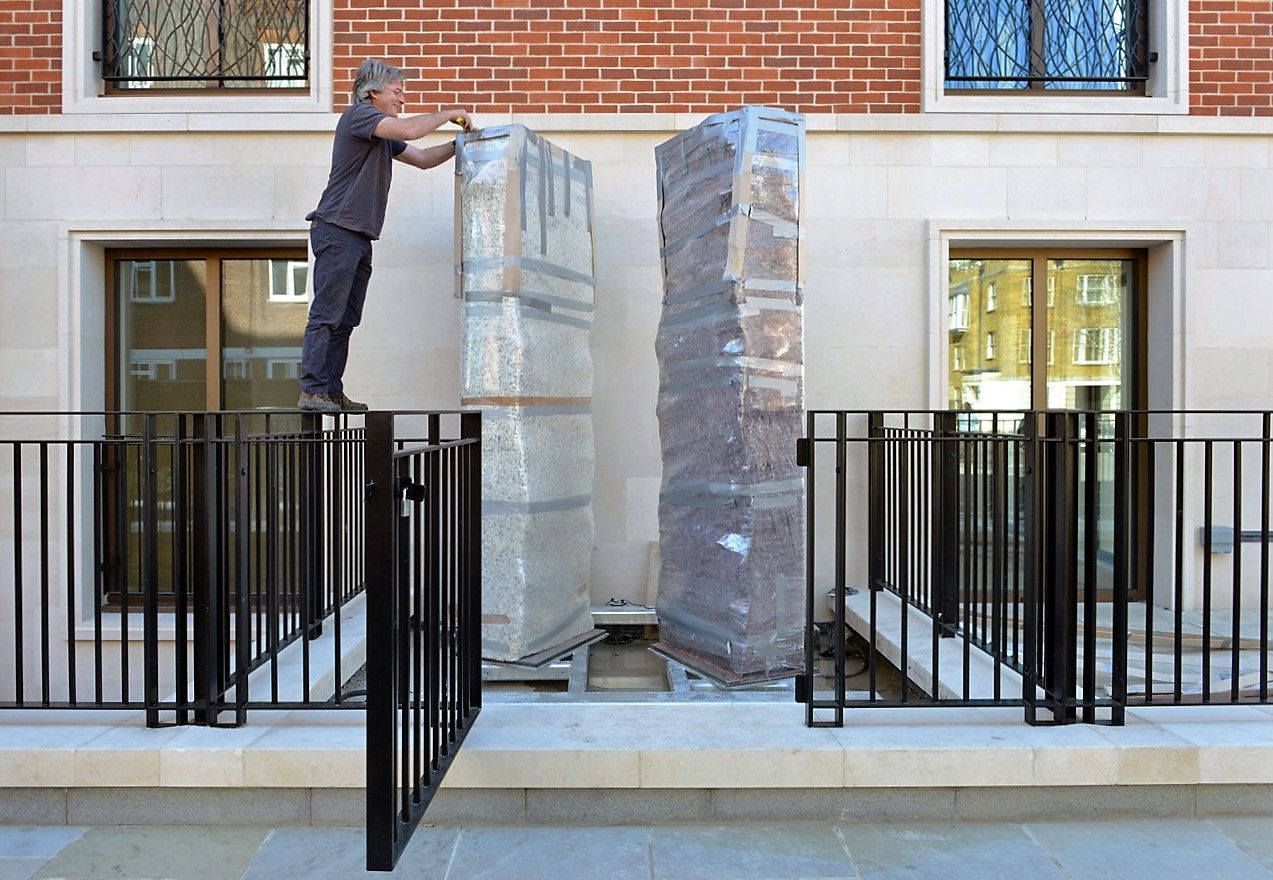 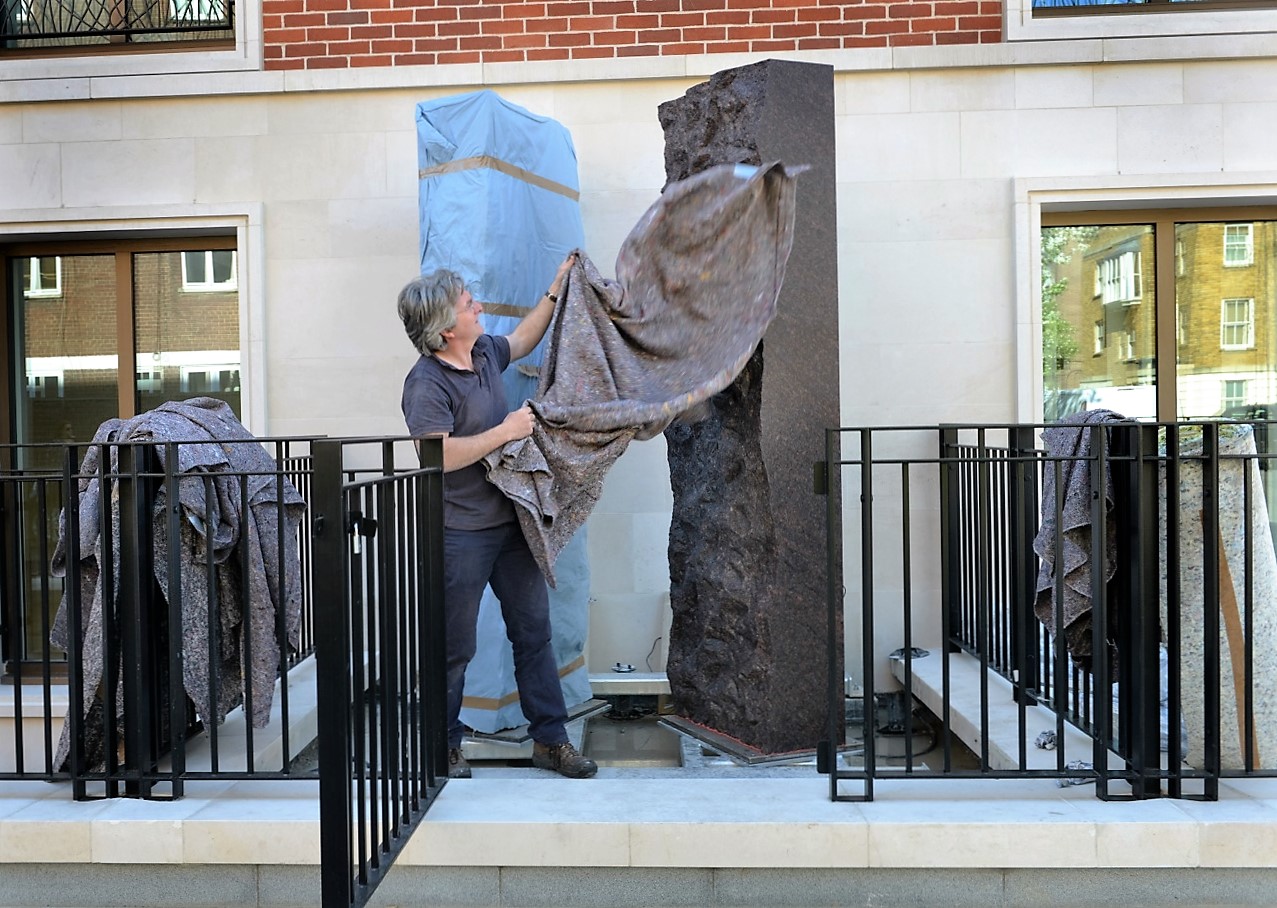 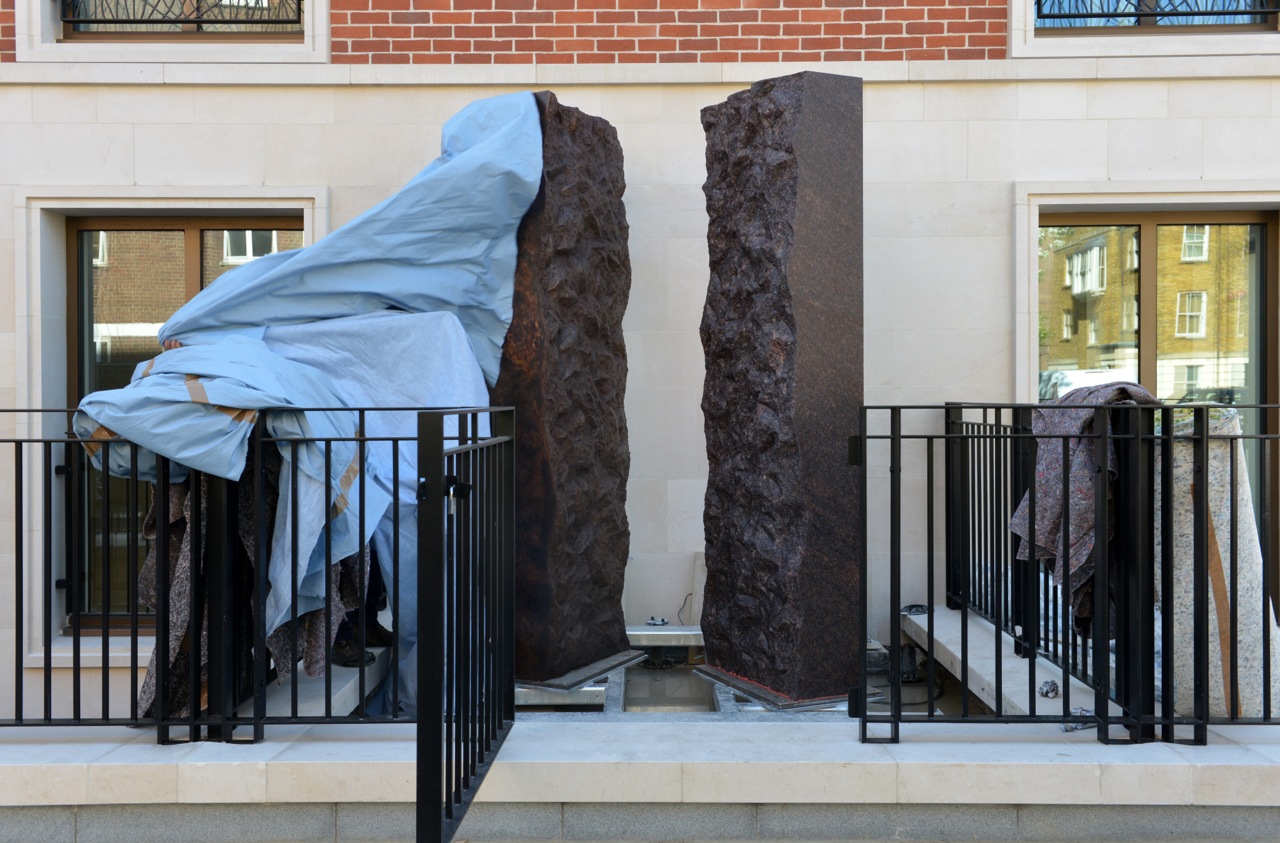 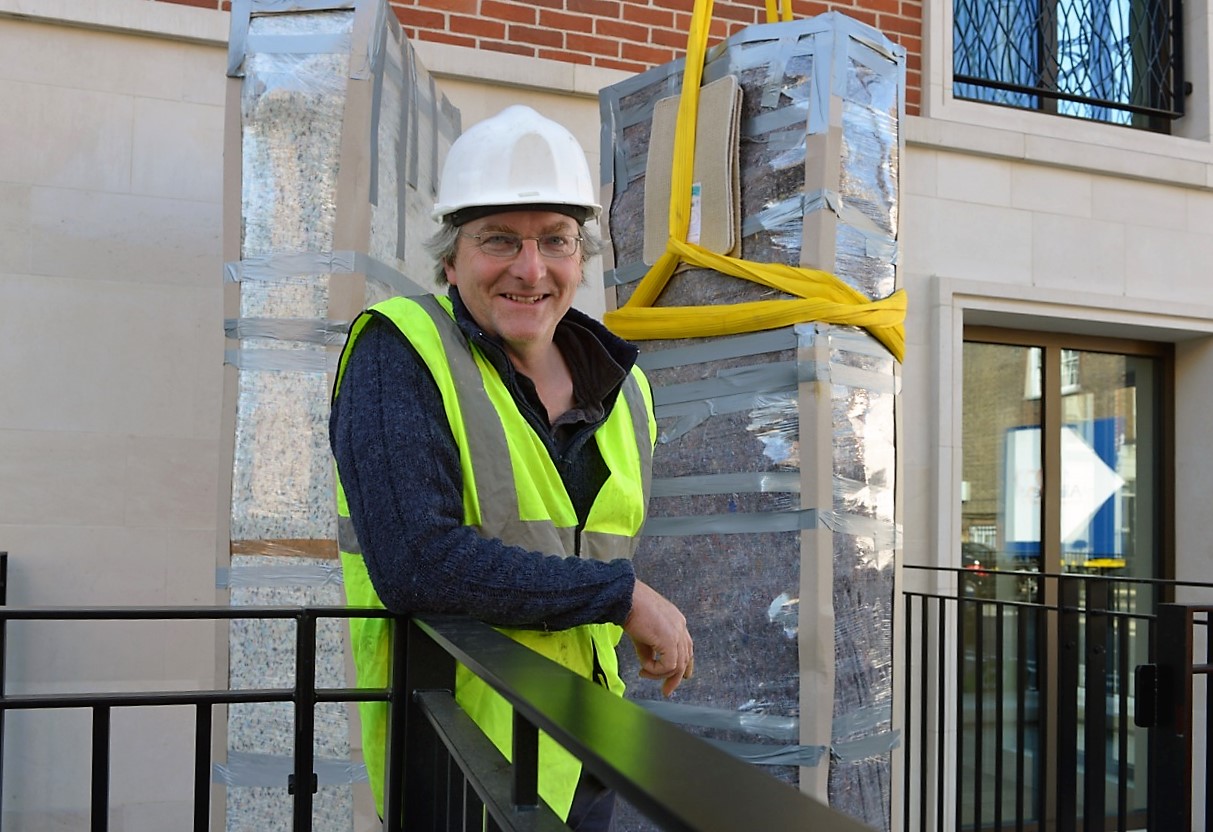 Grosvenor and Native Land commissioned sculptor Simon Hitchens (grandson of Ivon Hitchens) to create a site-specific sculpture for a new residential development in Chelsea, London. Inspiration was derived from Hitchen’s fascination with the concept of “positive emptiness”. The idea developed into two massive forms of solid granite and bronze that measure 2.5 metres high. The granite block, a beautiful dark mahogany colour, was sourced from Scotland and originated from Dakota, USA. The bronze was created by making a silicone mould taken from the roughly hewn granite surface. This was then backed up with a hard shell in glass fibre (GRP). A second silicone mould was made from the first at a foundry in Wales. The double mould technique is extremely labour and materials intensive, yet it allowed Simon to make a final cast object in bronze which immaculately fitted the roughly textured originating surface of the rock.